MangaKakalot » The Princess Blooms as a Crazy Flower 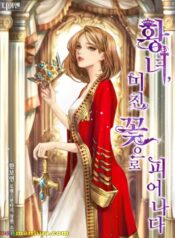 The Princess Blooms as a Crazy Flower:

Read manga The Princess Blooms as a Crazy Flower on teenmanhua.com   It’s been a year since I pretended to be crazy to find a way to stop this marriage. “Your Majesty! I really want to get married, as a representative of the nation!! If the Aizen Empire doesn’t work, send me to Vladimir Kingdom! I heard the king will be there today today and tomorrow, so I want to get married there and live happily ever after!” “Your Majesty must not send that madness, Your Majesty!!” That’s right! I finally heard it!! I really like the tune. Just listening to it drives me crazy. * * * The best way to live in peace and comfort! I even planned to marry Caesar Bethel, who was said to be the most handsome man in the empire. ……. Something is strange. “Fight me.” “…….” Yes, that’s not it. * * * In addition, even the Crown Prince, who has no conscience: “Walk with me, Melody.” He is really friendly because of the way he treats the younger brother he has never shared with. “Isn’t that ridiculous even if you think about it yourself?” I want to live a peaceful and comfortable life, but is this okay? * * 20 chapters have been released, do you want teenmanhua.com to quickly translate this series?

Rebirth Of The Urban Immortal Cultivator